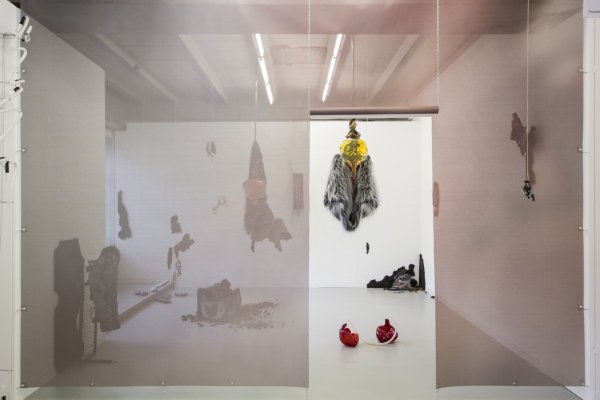 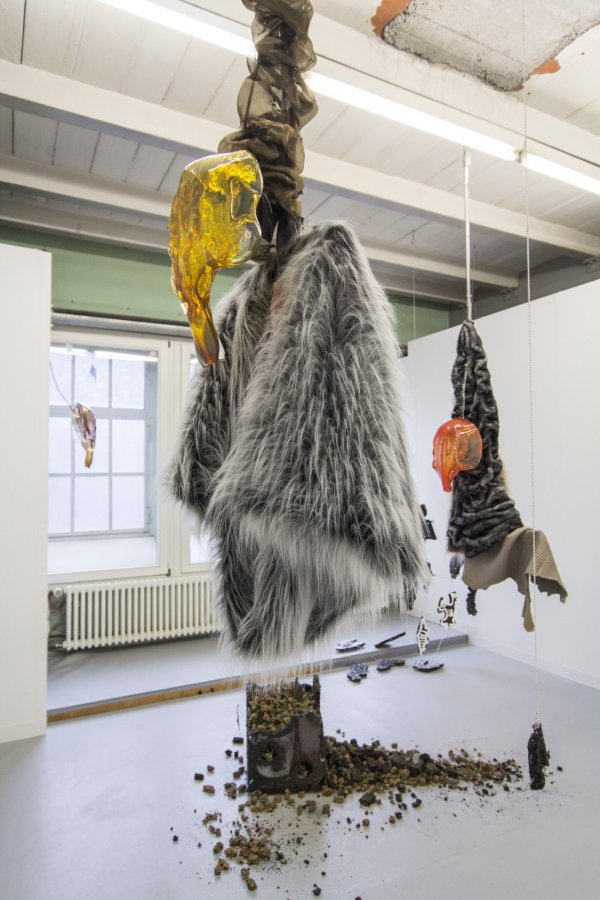 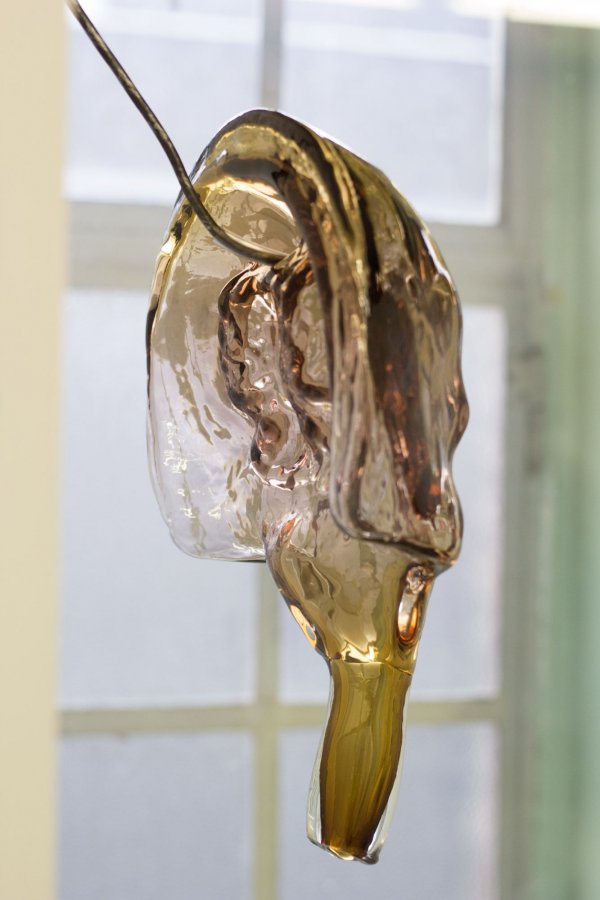 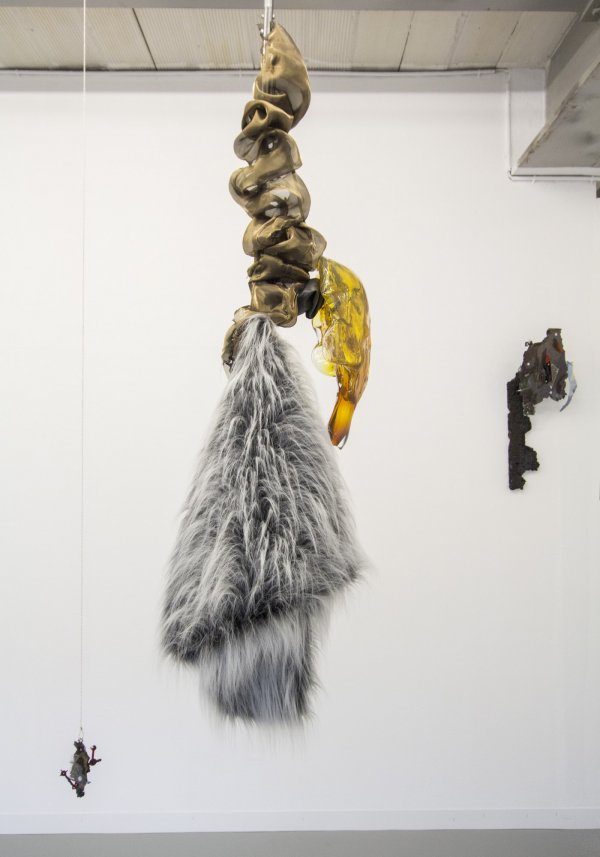 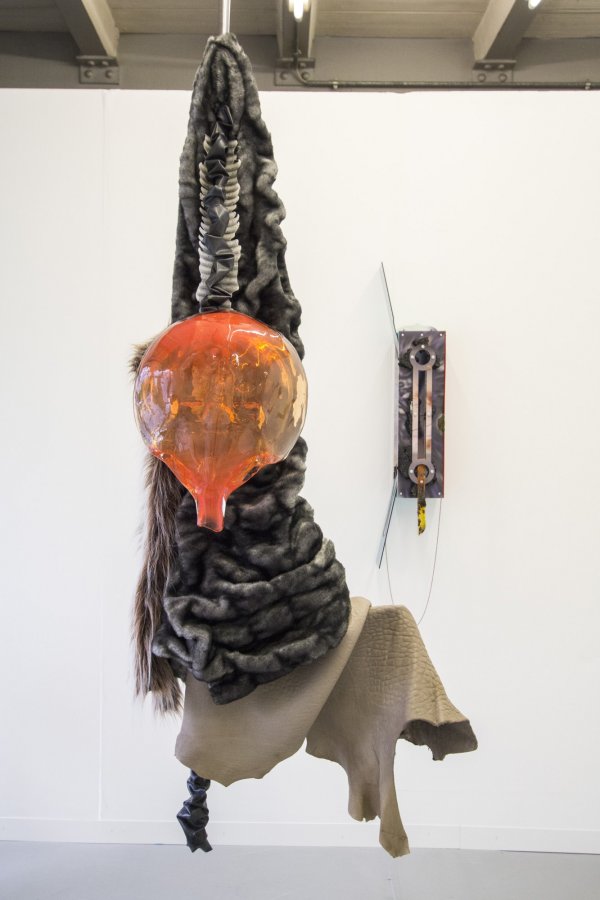 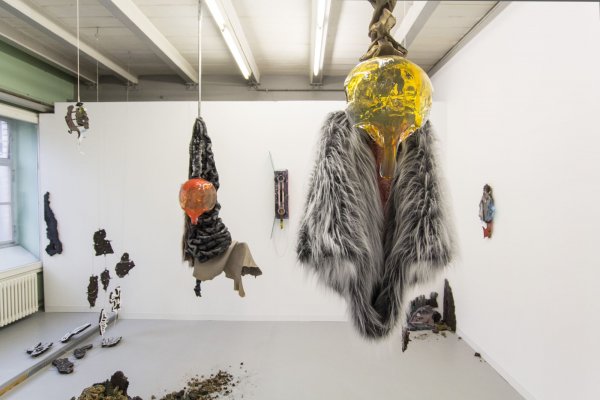 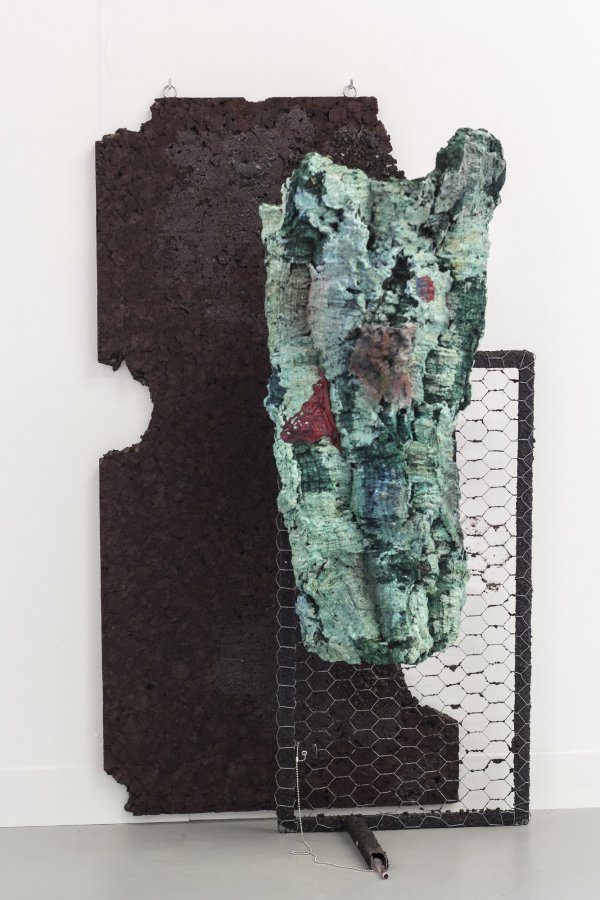 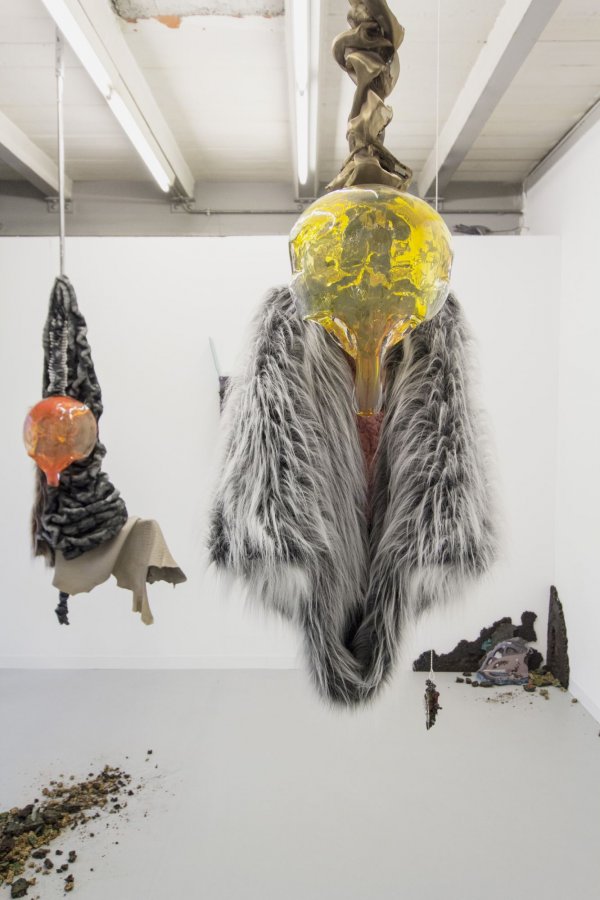 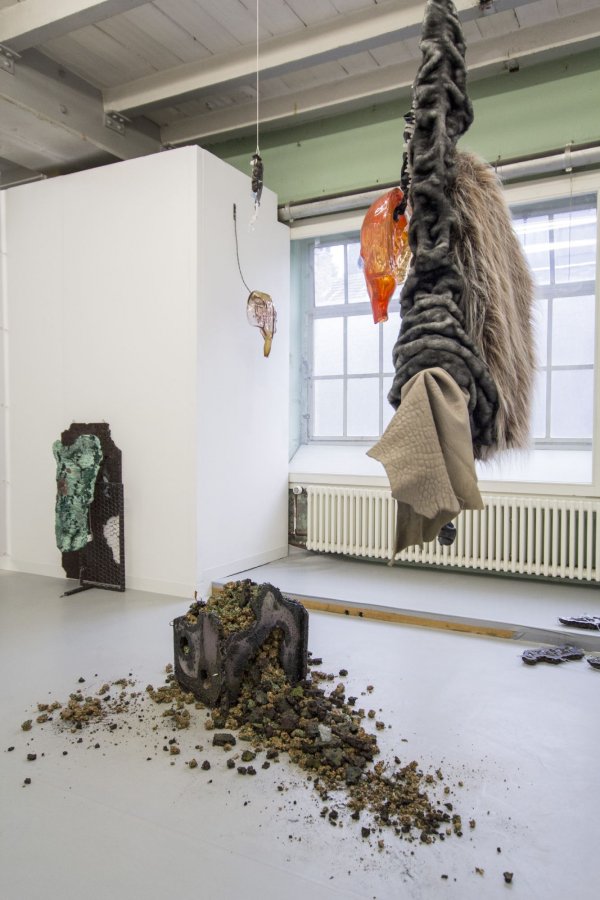 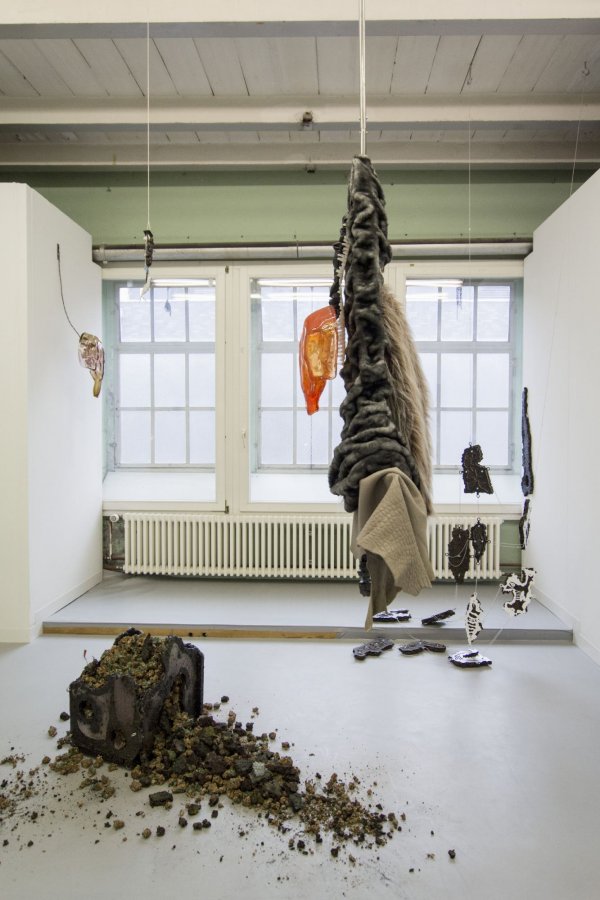 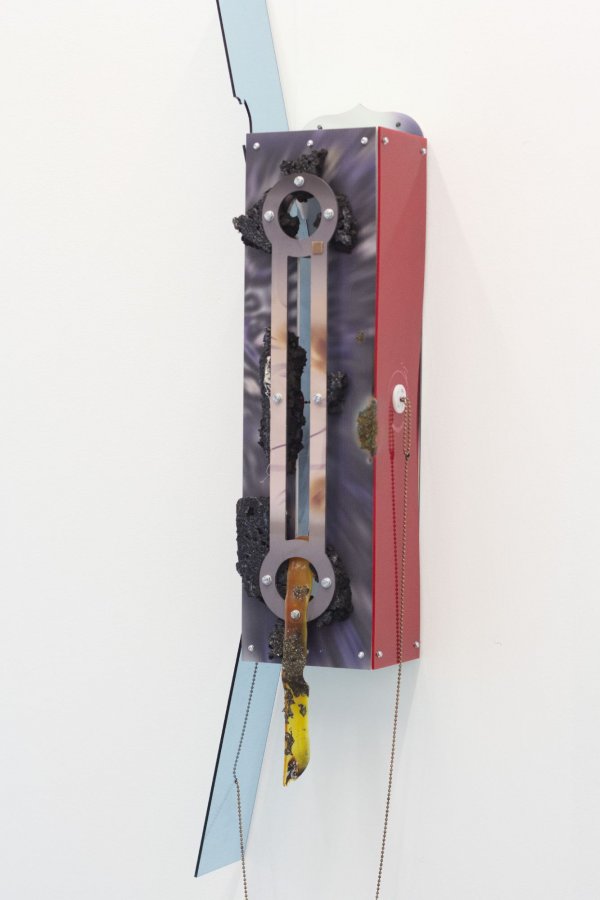 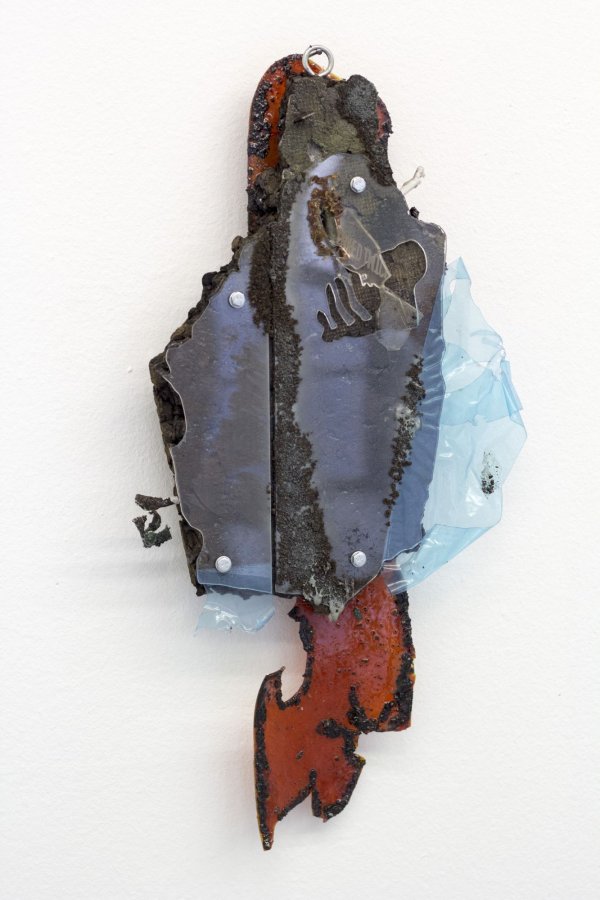 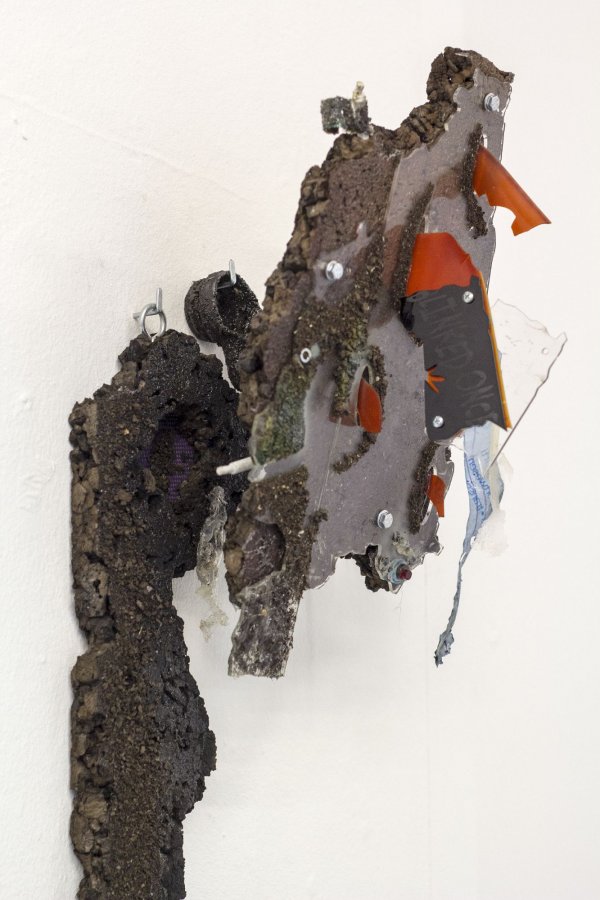 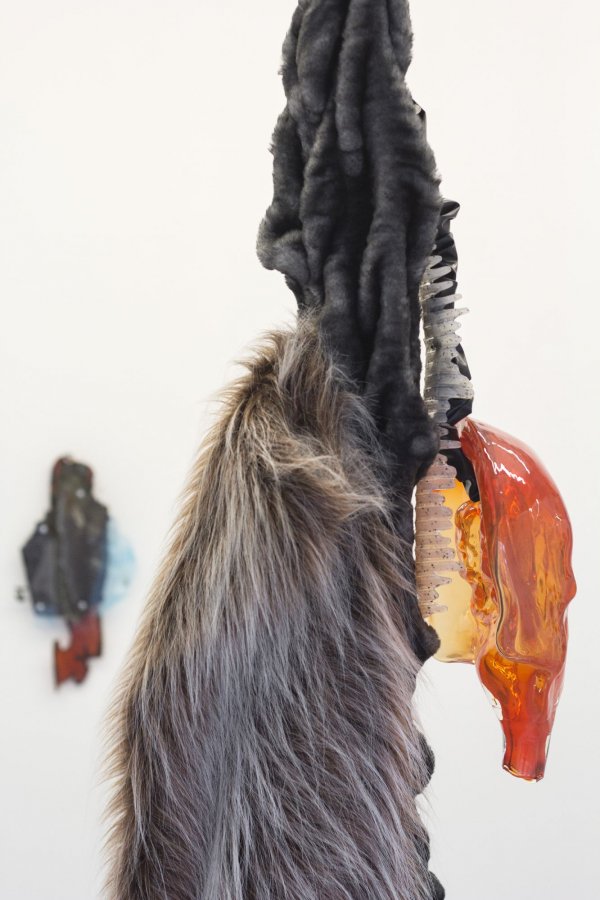 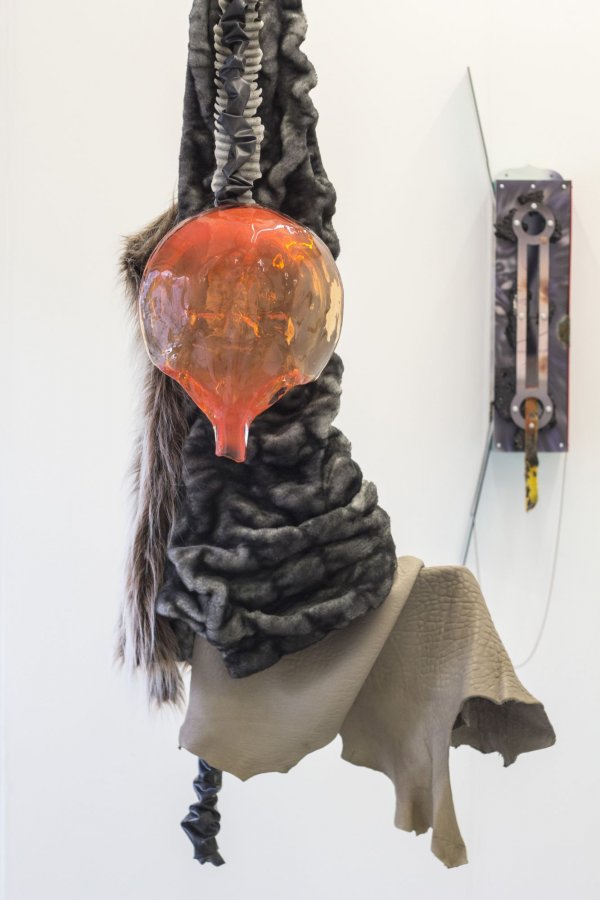 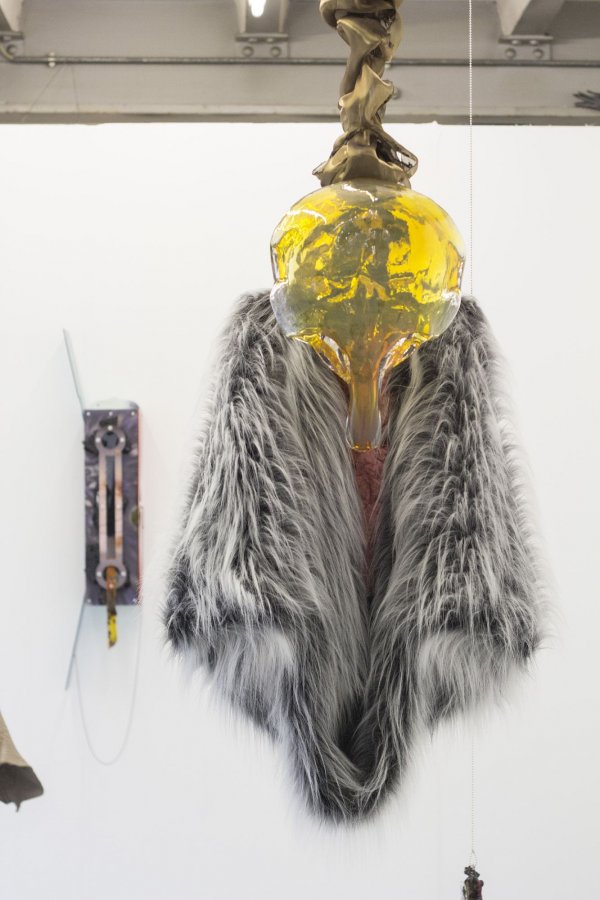 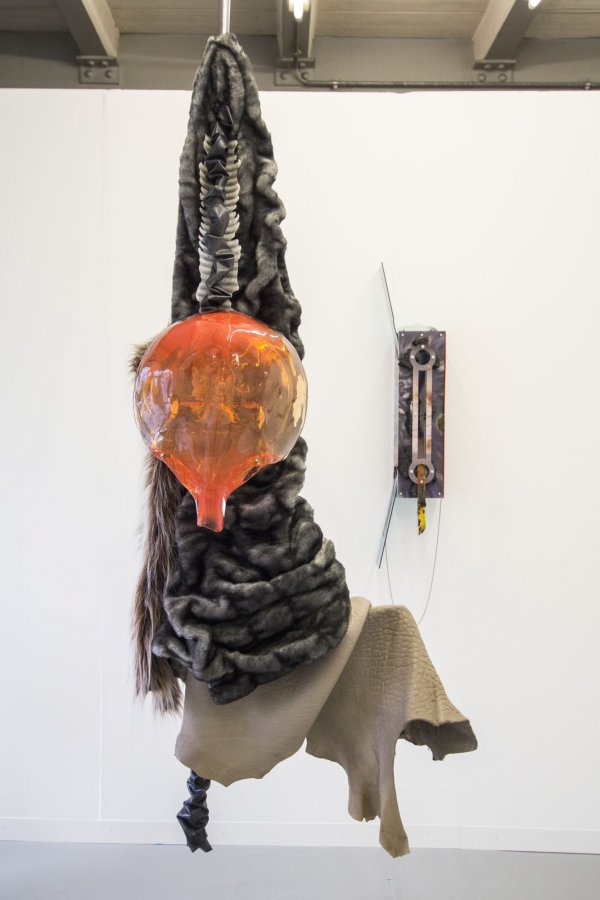 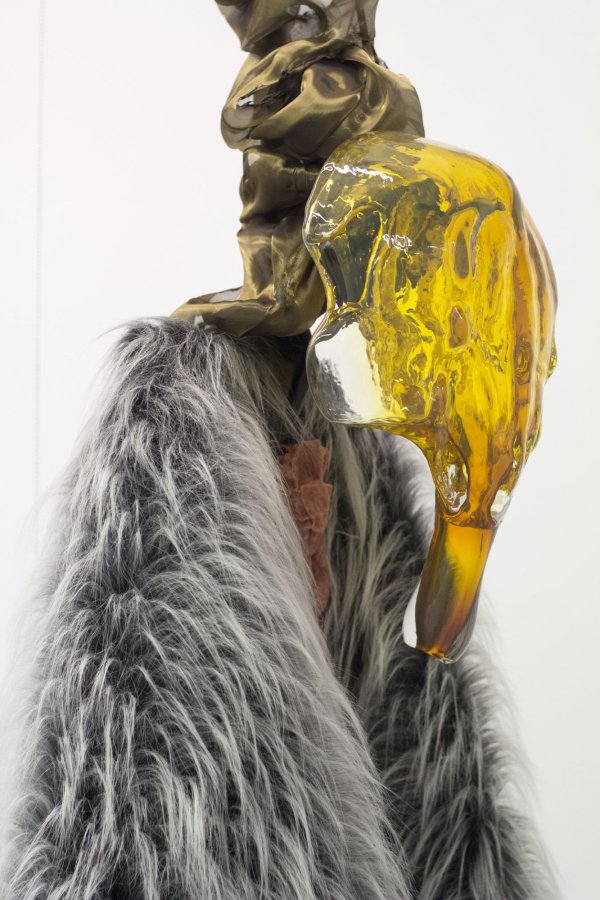 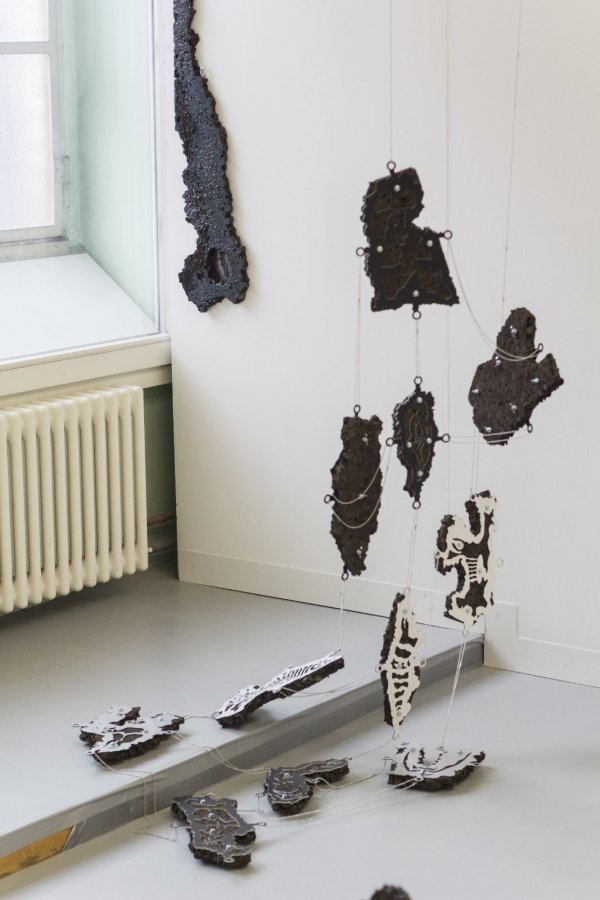 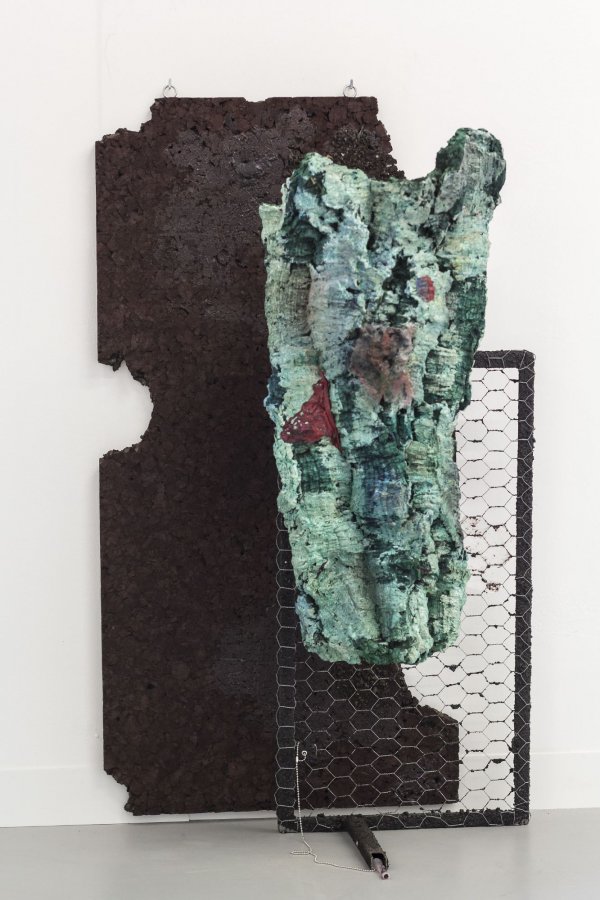 The joint installation of Pakui Hardware and Jakub Choma creates a tension between archetypal morphology and trends of mass production. One can easily turn into the other, and it often only depends on the speed of connection – online atavism. A myth becomes a successful brand and vice versa. Fabric and material produced by technology encounter organic materials; they determine the equally organic and synthetic appearance of their objects and spatial installations. Organs and tissues grow outside bodies, the future behavior of which is still a matter for speculation. Seemingly familiar yet elusive objects are suspended in space and appear to evoke the inexplicable energies of self-rejuvenation, and they are reminiscent of ritualistic masks and magical tools. They resemble trophies gained by extracting the essence of life and, hence, of immortality. The result appears logical to the point of inhumanity. Metabolism is not personal. It is engineered. The metabolism of products rewired to get more efficient, to grant them the ability to generate new products. Not entirely artificial, not wholly organic. Perfect enough to keep the process running. As if artificial intelligence tried to reconstruct its own archaeological artefacts through available online information, google images and dystopian movies. A scientific display encounters a haunted castle, cheap film props encounter perfect craftsmanship. Hyper Trash Arts and Crafts. The whole installation is veiled in a large semi-transparent advertising banner with printing by Jakub Choma. The nebula of the synthetic fabric swallows the showcased objects and wipes out the differences between the individual materials. The visitor can view the banner as a barrier creating a distance and enhancing inaccessibility, or as a barrier separating the external and internal space, thus enhancing the intimacy of the experience. Fetish as carrot and stick.

Pakui Hardware (LT, Neringa Cerniauskaite, b. 1984 and Ugnius Gelguda b. 1978) is interested in the close relationship between materiality, technology and economies. Central to their work is the question as to how far technology actually does alter economics and our physical perception of reality. They investigate questions of automation, robotics, synthetic biology and the significance of new materials. The artist duo produces sculptures and installations suffused with various materials, images and shapes, which are often reminiscent of futuristic or biological settings.

Jakub Choma (SK, b. 1995) in his work develops the aesthetics of digital waste with emphasis on the material nature of the seemingly immaterial digital environment. He uses his picture assemblages as segments from which he creates within installations larger wholes in the form of ambient assemblages. He has recently used cork, which he works and shapes in different manners while deliberately employing the often contradictory associations connected with this material. His art is typified by the aesthetics of DIY, a phenomenon that he places in contrast with the current trends of new materialism.